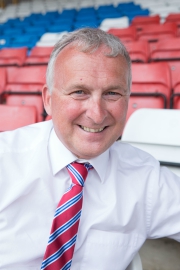 Born and bred in Birmingham – I grew up in Tile Cross – I have been a Birmingham City Council Councillor since 1995.

I have had political responsibility for many areas over a long executive career. These include budgets and finance, land and property, human resources, the Council’s performance, the Arts and the events portfolio.

A huge fan of many sports, I have taken a keen interest in the sporting profile of the city and as well as welcoming numerous international sporting events, I am proud to have been instrumental in our bid to host the 2022 Commonwealth Games.

In addition to the roles of Deputy Leader and Interim Leader, I have previously been Cabinet Member for Leisure, Sport and Culture. I have also served on many cultural partnership bodies and numerous Arts boards, including Birmingham Royal Ballet.

I am proud of my city and prouder still to have this opportunity to serve it.