The consultation into the A34 Perry Barr Highway Improvement Scheme is ongoing and I would urge as many people as possible to have their say https://www.birminghambeheard.org.uk/economy/a34perrybarr/

Below is a letter to West Midlands Mayor Andy Street in response to concerns he raised about the proposals. 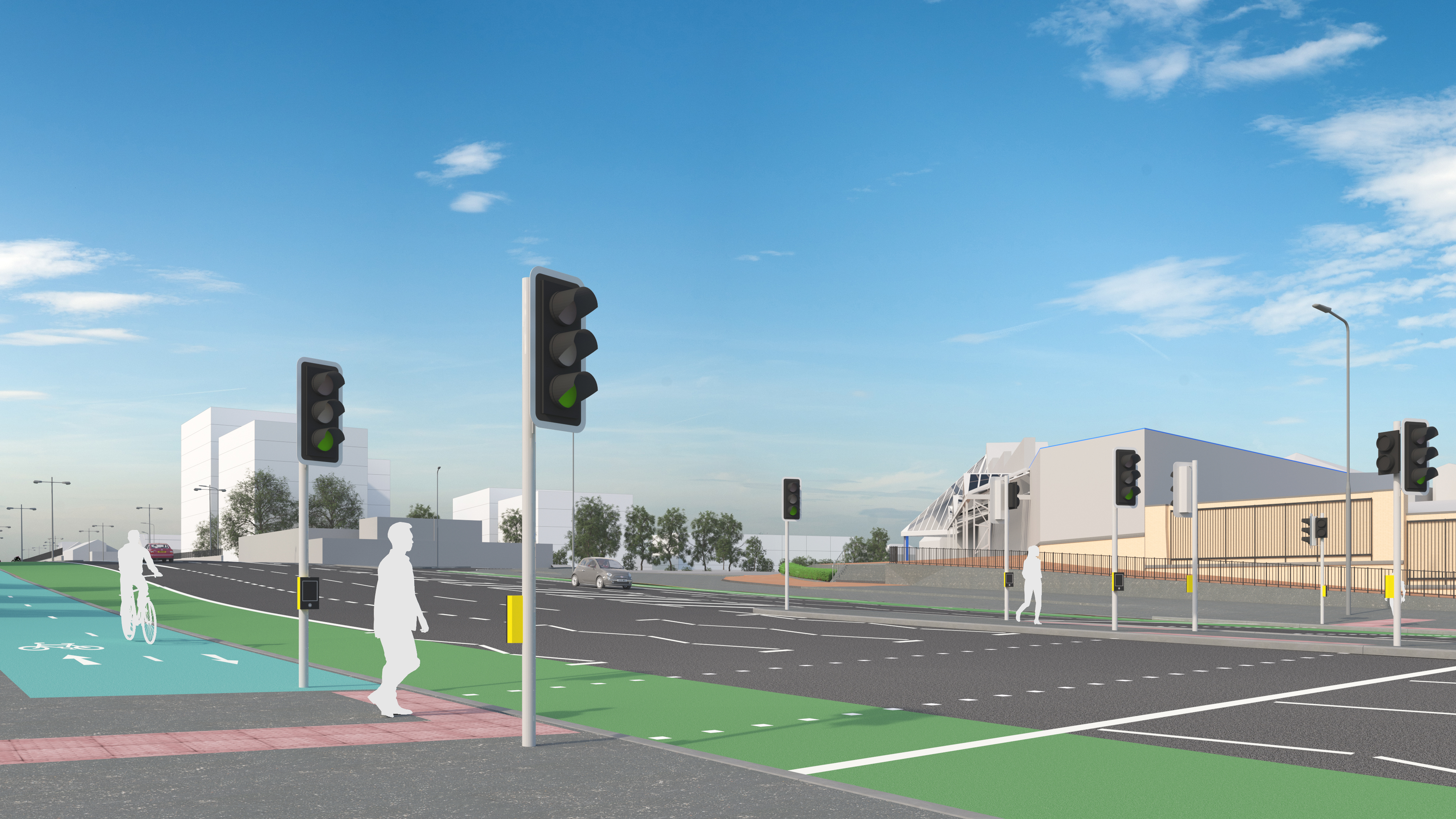 I was grateful to receive letters of support from both WMCA and TfWM for the regeneration of Perry Barr so I was surprised to hear that you have adopted such a negative view of a key element of these proposals. In light of your published views, I would be happy to arrange a further briefing to allow officers to explain the reasoning that underpins the Highway Scheme.

The development of the Athletes Village and its housing legacy of 1,400 homes requires that the southernmost section of Aldridge Road is closed to general traffic to create a cohesive community within the Village development.

The need for this development means that we do not have an option to leave the highway layout in its current state.
In addition to delivering the Athletes Village, the highway element aims to provide an improved public realm and improved facilities for sustainable transport by including:

All these improvements will help to drive the shift in travel behaviour that we both need to see to support continued economic growth in the region.

Why we are Demolishing the Flyover

Contrary to popular opinion, we have not set out to demolish the flyover as a scheme in its own right. The flyover demolition forms an essential part of a scheme that aims to regenerate Perry Barr and provide improvements to public transport and active travel.

After comparing all the options, the preferred scheme was selected as providing the most efficient solution to deliver on the scheme objectives.

The reason that this is the best available option is because demolishing the flyover creates enough space to provide an efficient highway layout that incorporates the multitude of traffic movements that occur between the A34, A453, A4040 and One Stop Shopping Centre. All the alternatives that retained the flyover would be compromised by the need to thread the link roads and junctions around the flyover ramps and support piers. These compromises led to a junction layout that performed poorly in the evening peak hour.

The Implications of Retaining the Flyover

If we are to fully regenerate Perry Barr there is no ‘Do-Nothing’ option, so retaining the flyover would have two implications: We would either:

It should be noted that if we do nothing, we also lose the bus priority measures, Sprint improvements and the public realm improvements made by signalising Birchfield Island.

If the junction at Gailey Park were to remain unchanged, we would not be able to implement the improvements to the public realm at Birchfield Island. This is because Birchfield Island currently acts as part of the Gailey Park junction as it provides the U-turn manoeuvre that allows traffic from the North (A34 and A453) to access the One Stop Shopping Centre. This U turn manoeuvre would not be possible at the signalised junction.

Traffic Disruption during Construction An element of traffic disruption will be caused by any proposals to change the highway layout in Perry Barr. Disruption should therefore not be solely linked with the flyover demolition. We will work with our contractor to ensure that as many lanes as possible can be kept open through the works. We will also mitigate disruption by encouraging changes in driver behaviour in line with our Travel Demand Management Plan, which we are preparing jointly with TfWM. Such plans have been very successful with recent city centre schemes where ‘traffic chaos’ was previously predicted. Examples include the recent works at Paradise Circus and the closure of the Fiveways Underpass.

It is clear from the scheme objectives that this scheme does not set out to deliver improvements in journey times for cars. We both know that to grow the economy in the West Midlands, we need to shift the transport focus away from individual vehicles towards moving people. Improvements in mass transit systems and active travel will underpin the future economic growth as our urban road networks become increasingly saturated. The proposals at Perry Barr embrace this philosophy and provide improvements that encourage the use of public transport and active travel. Recent traffic modelling shows that the average journey time increase in 2026 would be less than a minute.

Delivering the Games on Time

If we fail to deliver these proposals, we will also fail in our pledge to deliver a public transport games. The existing highway layout does not include any bus Lanes, or bus priority measures. The nature of the junction makes it an unwelcoming environment for cyclists and pedestrians. Sprint buses would either have to use the flyover and miss Perry Barr entirely, or navigate the Aldridge Road loop and the tight geometry of the Birchfield Roundabout.

The proposed scheme provides many benefits for Sprint operations. These include bus priority measures at both the signalised junctions; bus lanes in both directions and a ‘straight through’ route for sprint that would not need to navigate the Aldridge Road loop. The unmodified Birchfield Roundabout would present a challenge for sprint buses as it would not be possible to provide any elements of bus priority at a roundabout, and the circulatory carriageway is not very wide, leading to potentially hazardous manoeuvres for a sprint type articulated vehicle.

Whilst it is possible to change the appearance of the flyover, that would not address the objectives of the scheme, and would fail to deliver the wider regeneration that we both seek. It would also not be possible to deliver the capping of the underpass, as One Stop customers rely on the U-turn manoeuvre at the roundabout, to access the centre from the north. The highway element is therefore a key feature that unlocks the regeneration of Perry Barr and I urge you to reconsider your opinion and support our proposals.